The history of physical education, campus recreation and intramural sports activities can be traced back to the early 1890’s when then President Seerley contended that the school needed a gymnasium for “proper instruction of students in the laws relating to health and life.”

Since 1890, the school had employed women faculty to teach women students about “physical culture.” In 1901, a Department of Physical Training for men was established. This department’s mission was to oversee athletics and to teach physical education to male students. 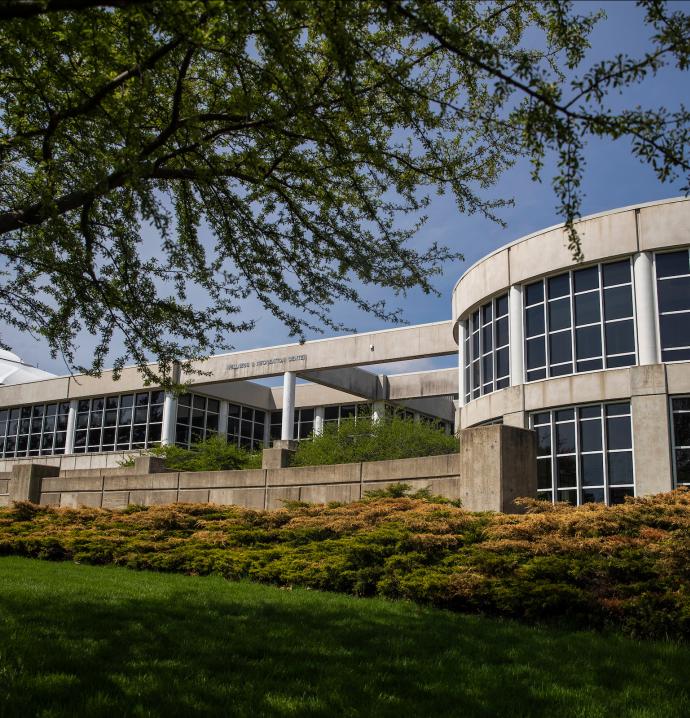 Separate men’s and women’s Physical Education Departments existed until 1979 when the two departments merged becoming the School of Health, Physical Education and Recreation. Within this department, was the Division of Campus Recreation, charged with the responsibility of providing structured and informal recreational opportunities in all physical education facilities.

Prior to the departments merging, the first phase of a third physical education building had been designed and completed on the west side of campus. The Physical Education Center (PEC) was designed to provide “comprehensive physical education facilities” and opened in the fall of 1971. Professor William Thrall, Director of the School of Physical Education for men, noted “This takes the clamps off our instructional, recreational and intramural programs…We’re now able to take care of a larger volume of students, faculty and staff members, in addition to offering them a wider range of activities and facilities.”

At about this same time, the University of Northern Iowa’s Wellness Promotion Program was created in the late 1980’s by Dr. Elton Green, health education professor in the Health, Physical Education, and Recreation Department. In its early days, the program consisted of a few key fitness classes (including Aqua Trim and the Over Fifty class) and occasional noontime “brown bag lunch” programs and other educational programs. With time, the program grew, Dr. Green retired, and a staff professional was hired and assigned responsibility to solely manage and grow the program.

In the early 1990’s, Wellness Promotion was transferred from Academic Affairs to Educational and Student Services and, over time, other staff and program areas were added, along with new and existing staff. Housed within University Health Services, which included the Counseling Center, Disability Services and the Student Health Clinic, collaboration among Health Services staff increased to more comprehensively serve the campus.

Programs and services included the Health Aide program, which trained residence hall RAs to be first responders of sorts and liaisons to the Health Clinic and Counseling Center; a substance abuse services program was developed, initially through a FIFPSE grant, and later expanded to address critical issues of both substance abuse and sexual assault and misconduct on campus; and the fitness program grew to require the hire of its own staff coordinator.

The administrative center of Wellness Promotion was the second floor of the Student Health Center, with all the bathrooms and bathtubs from its days as an infirmary. The campus wellness program for students, faculty, staff, and retirees continued to grow and evolve to meet the changing needs of the campus community, particularly as understanding of wellness (and its spiritual, physical, emotional, career, intellectual, environmental, and social components) also grew.

Through the early 90’s, the West Gym pool was a key component of Wellness Promotion facilities, with the tremendously popular Aqua Trim exercise program. Pool depth and water temperature were ideal for participants of all ages and fitness levels.

The Women’s Gym pool was popular as well for regular lap swimmers. The Women’s Gym was home to many fitness classes and the notoriously hot locker rooms. Participants often left the building hotter and sweatier after cleaning up than just after their workout. Residence hall rec. rooms were also home to the majority of fitness classes. 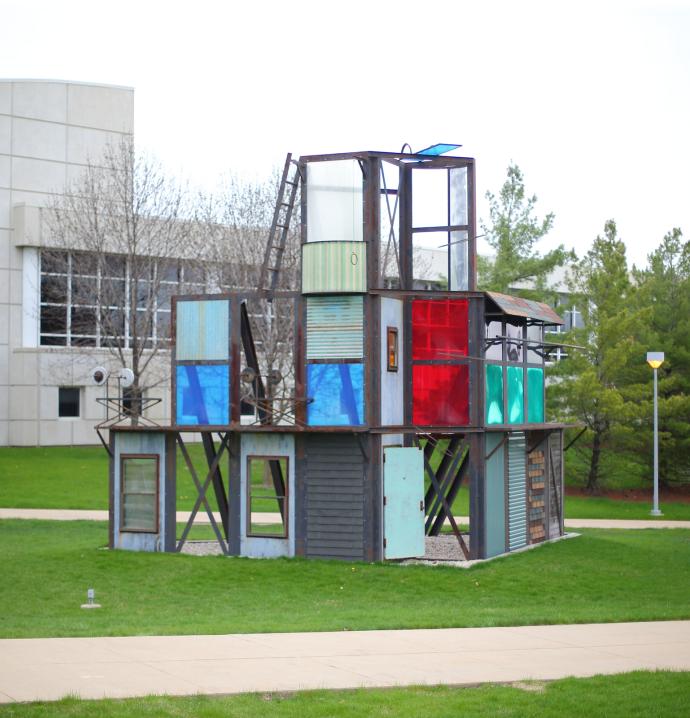 The convenience was great but the concrete floors and small poorly ventilated areas were a constant challenge. The West Towers Lounge was a greatly appreciated accommodation by DOR for large fitness classes and student convenience. In 1993, the Health Beat fitness room was opened in the Women’s Gym to provide cardio and strength equipment to students, faculty, and staff. Though always hot and crowded, this facility helped address campus need until the Wellness and Recreation Center was constructed and opened in 1997.

The WRC was designed to wrap around the existing PEC on the north and east sides and serve as the primary academic building for the School of Health, Physical Education and Leisure Service and the primary hub for Wellness and Recreation Services offices, staff and programming. The WRC opened in August of 1997 with full completion by October of 1998.

From the 1890’s to today, recreation programs, services, and facilities have been evolving for the students, faculty, and staff at first the Iowa Normal School, then Iowa State Teachers College, the State College of Iowa, to finally the University of Northern Iowa.

The Recreation Services (RS) model is holistic in nature, providing programs and services in everything from health education to competitive sports. RS is one of two departments housed in the Wellness/Recreation Center (WRC). The WRC has a dual integrated function, allowing RS to provide quality programs and services to the university community and provide an academic setting for the School of HPELS.